How can biochar production have a future in Australia?

Victoria, a southern State of Australia, potentially has a significant carbon sequestration opportunity by capturing CO2 in soil through the application of Biochar.

Biochar is a product of a process called pyrolysis, i.e. the heating of organic materials in an oxygen-limited environment. Pyrolysis produces a mixture of char residues (Biochar), synthesis gas (syn-gas) and bio-oil. Biochar is a potentially valuable soil amendment as it stores nutrients and water and creates a favourable environment for soil microbes, in addition to storing carbon in a stable form. The gas and oil can be used to produce heat and power.

In 2008, the Safe Climate Economics Group conducted a preliminary economic and financial analysis of Biochar. In this analysis, the group examined the conditions under which a large-scale pyrolysis plant processing 100,000 tonnes of crop stubble per annum and producing Biochar and electricity is potentially a good investment under Victorian agricultural conditions. We employed an economic analysis (profitability) using a standard discounted cash flow budget and financial (affordability) analysis, modelled on the approach of Malcolm et al. (2005).

We modelled the availability of different feedstocks in the agricultural sector and the application of a pyrolysis heat treatment process, closely following the approach of McCarl et al. (2009). The plant costing $40m is a slow pyrolysis plant yielding 35% Biochar and 0.8MWh energy per tonne of feedstock.

In Victoria, total crop residues could amount to 3,331kt in any one year (given reasonable seasonal conditions). From this feedstock alone, annual Biochar production could amount to 1,170 kt, and the amount of carbon sequestered in agricultural soils to over 880 kt. With 1 tonne of carbon equivalent to 3.67 tonnes of CO2, this is equivalent to sequestering 3,210 kt of CO2.

This biomass is, however, widely distributed adding to harvesting and transport costs. Availability also varies significantly with seasonal conditions, so investors in Biochar plants in cropping regions would no doubt seek multiple types of feedstock.

Leaving aside availability of feedstock, Biochar producers are unlikely to match prices paid for stubble in other uses. Currently (as at 2008) cereal straw sells for about $130/t (ex. farm), which includes the cost of collection from the field (about $50/t) and an allowance for nutrient loss from stubble removal (about $64/t).

For the economic analysis, we first tested how feedstock cost, labour cost and Biochar price had to each change for annual income to exceed annual costs – a steady state analysis that excludes capital costs. This gave an indication of what level to set these variables in the full discounted cash flow (DCF) analysis. The DCF analysis was followed by a financial analysis to identify break-even year and peak debt.

For a 100,000-tonne facility to be profitable (i.e. for the net present value to exceed zero), the delivered cost of the feedstock needs to be below about $40/t (delivered) ceteris paribus – other variables being constant. This low input cost is achievable for a plant located close to a cheap waste stream, to use as input, such as chicken litter or peach stones from canning operations.

Failing a low feedstock price, profitability requires a Biochar price over $300/t ceteris paribus. The Biochar producer will be a price-taker for the electricity produced and Renewable Energy Certificates created. Determination of the price for Biochar will be more complex. It will depend on how broad-acre farmers, horticulturalists, gardeners and others value Biochar in:

Consequently a Biochar price of $300/t may not be achievable on the basis of agronomic values alone, and a high carbon price will be required to ensure viability. If the value of Biochar as a soil additive is a low $100/t, then a carbon price of $70/t is required to boost combined returns (from Biochar and CO2e stored/sequestered) to the $300 level.1 With Biochar priced at $300/t, Biochar sales contribute 60% of revenue. At this price, the large-scale pyrolysis plant optimised for Biochar production would be more profitable than one optimised for electricity production.

The Net Present Value (NPV) results are shown below for the base case and four other scenarios where each of five variables is changed, one at a time (capital cost, annual operating cost, feedstock cost, biochar price, and electricity price). The scenarios involve changing key variables, one at a time, up or down by 25% or 50% (so in the first column, each row indicates a 0.5, 0.25, 0, 1.25 or 1.5 change relative to the base case). The base case is $40m capital cost, $0.8m annual operating cost, $80/tonne feedstock cost, $300/tonne biochar price, and $50/MWh electricity price. Using a 12% nominal discount rate means that a result with a NPV of zero has a 12% rate of return.

Expected NPV for base case scenario and variations ($’000)

The base base scenario is $80/tonne feedstock and $300/tonne Biochar price. The figures in brackets are percentage changes from base case.

New technological advances that reduce capital costs, reduce operating costs or increase plant efficiency per tonne of feedstock processed will improve profitability. Greater operating efficiencies are more readily achieved if the operators had access to a feedstock with minimal water content and high calorific value. The plant is expected to become very profitable if the output per tonne of feedstock increases from 35% to 40% for Biochar and from 0.8MWh to 1.0MWh for energy. Expected profitability weakens considerably by changing from a slow to high pyrolysis process and producing more electricity and less Biochar.

The results of our financial analysis show that break-even for our hypothetical plant occurs well beyond the payback period required by industry informants, several of whom indicated that they were looking to a four year payback. As well as the many uncertainties in the industry, financing difficulties may partly explain the slow emergence of a Biochar industry in Australia.

The answer appears to depend on the future price of Biochar, electricity and carbon, as well as three other variables that directly influence the profitability and environmental impact of Biochar: (1) the cost and availability of feedstock, (2) government regulation, and (3) pyrolysis technology. All of these are still in flux and undefined to a certain degree, therefore an investment today is a bet on how these interrelated factors will evolve.

The agronomic benefits, cost, and carbon efficiency of various Biochars are already quite different, and new technologies could make them even more so. Decisions about where to produce and how to apply Biochar could have dramatic implications on the economic feasibility of Biochar production.

So it is important therefore, to frame any future discussion of Biochar’s feasibility in relation to the many uncertainties about the science, technology, and lack of commercial framework surrounding Biochar production and application. These uncertainties surrounding Biochar will undoubtedly play themselves out in the form of barriers to the adoption of Biochar application by farmers and investment in pyrolysis plants.

It is the judgement of the authors that a Biochar industry will almost certainly develop in Australia and in particular in Victoria as one of many responses to the new economic signals that will arise because of climate change and societal responses to it. The pathways through which an industry might emerge in Victorian cropping areas cannot be easily forecast. In the early stages, possibilities include:

While there are likely to be some economies of scale with larger plants, the profitability of smaller scale operations have not been investigated for this project. 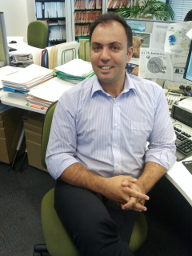 This report was prepared for the Department of Primary Industries (DPI). The report is available from jimxwaite@pacific.net.au, a member of the Safe Climate Economics Group, which is a public interest group working to achieve a safe climate by undertaking independent and critical economic research on climate-positive initiatives.